John Spiekerman (from Katrien Devos' lab) received the Wilbur Duncan Award for 2018. This award is the highest recognition awarded to students in Plant Biology and it recognizes a PBIO graduate student's excellence in two of three areas: research, teaching and service to the department.

John's research has resulted in three publications as a co-author, six scientific presentations since arriving to UGA, and two science communication presentations.  John also won first place in the 3-Minute Thesis competition in the Genetics department and second place for the UGA-wide competition, resulting in an invitation to present his 3-Minute Thesis at a Board of Regent's meeting. John has also provided excellent service to the department. He is a member of the Athens Science Cafe, as well as a co-founder (2014) and former Associate Editor and Editor-in-Chief of The Athens Science Observer. John also co-founded the Science Policy, Education, Advocacy and Research (SPEAR) group and has served as the VP for Finance in the past. He has acted as a mentor for the 3-Minute Thesis competition from Spring 2018 until the present.

Selection for the Duncan award is made by the PBIO Graduate Student Committee plus the PBGSA president.  Duncan Award recipients are listed on a plaque in the Palfrey Room (2507).  Noteworthy are the first two recipients, Adrienne Edwards (1996) and Robert Alba (1997), who played significant roles in promoting the culture of teaching in the department by encouraging faculty to become more involved in the scholarship of teaching and learning.

Wilbur H. Duncan (1910-2005) was a faculty member and Curator of the UGA Herbarium in what was then the Botany Department for 40 years (1938-1978).  He increased the herbarium collection from 16,000 to 135,000 specimens, described 3 new plant species and published five books, three of them with his botanist wife, Marion, of 64 years and after he had officially retired.  He is remembered by colleagues as a skilled field botanist, gifted teacher, field guide, author, plant photographer and friend.

Way to go, John! This is a well-deserved honor. 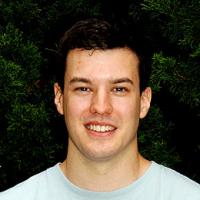